A lot has changed in the world of MMA over the last decade or so. Perhaps the most significant change is that women now play a big role in the sport.

The UFC, Bellator, One Championship, and many other promotions have an extensive roster of talented female MMA fighters fighting for them. It’s incredible to see how far the talent pool has grown.

There’s no one “best female MMA fighter” as there are just so many to choose from. Many of these women have become pioneers of the sport, and the list of names continues to grow daily.

These exceptional fighters either revolutionized the fighting game, have incredible winning streaks, or are so dominant that they sometimes make other pro female athletes look like amateurs.

If you’re curious to see who the best female MMA fighters are, here are the top 15 female MMA athletes that deserve that recognition.

If we’re talking about pure power and striking in women’s MMA, then there’s no doubt that Amanda Nunes will be a part of the discussion.

She’s the first-ever 2-division women’s champion in the UFC. She’s also scored victories against some of the biggest names in women’s MMA, such as Ronda Rousey, Holly Holm, and Cris Cyborg.

Nunes has racked up 21 wins in her career, and 13 came by knockout. She was on a 12-fight wins streak until she lost her belt to Julianna Pena last year. For now, Nunes sits and waits for her shot at redemption.

As a fighter, it’s clear that Nunes’ striking arsenal is what others fear the most.

Her biggest win had to be when she knocked out Rousey during the former champion’s return in 2016.

“Rowdy” Ronda Rousey might not be the first female MMA fighter, but she’s definitely one of the pioneers.

She was a dominant UFC women’s strawweight champion. During her career, Rousey racked up 12 wins, with nine being submission finishes and three by way of knockout. Holly Holm stopped her streak.

Even before her time in MMA, Ronda Rousey was already a feared combat sports athlete. She’s a decorated Judoka and is the youngest Judoka to qualify for the Olympics as well.

Despite her tenure in grappling and Judo, Rousey was still a feared striker during her time. Many critics continue to lambast Rousey’s striking skills now that she’s no longer in the UFC. She’s currently keeping herself busy with the WWE as Smackdown’s current Women’s Champion.

However, they can’t contend that without Rousey, women’s MMA won’t be as big as it is today.

She’s currently the women’s featherweight champion at Bellator MMA. Other than that, she’s also a former UFC, Strikeforce, and Invicta Champion.

In terms of fight record alone, Cris Cyborg has what’s possibly the most impressive one in the history of women’s MMA. As of this writing, her record stands at 24 wins, two losses, and one draw.

Although she’s had her fair share of controversy throughout her career, Cris Cyborg is still seen as one of the most feared female MMA fighters right now.

Valentina Shevchenko is currently the UFC’s women’s flyweight champion. It’s a belt she got off Joanna Jędrzejczyk a few years back.

Before her time in the UFC, Shevchenko was a well-decorated kickboxer. She won the gold medal at the IFMA World Championship 8 times.

As of now, Shevchenko is one of the most feared strikers in the UFC. Instead of being feared for her speed and power, Shevchenko is mainly known for her impressive stand-up game.

Underneath her tough and cold demeanor, “Thug” Rose Namajunas lies a solid striker and a pretty tough fighter.

Rose’s biggest win in her career was her fight against Joanna Jędrzejczyk.

Rose was coming off as a major underdog in the bout, but to the surprise of many, she was able to knock out the bogeyman of the UFC’s women’s division at the time.

She currently has 11 wins under her belt and remains one of the top contenders for the championship. She also has two wins against top contender Zhang Weili.

Fight analysts believe that Rose still has more than enough in her to secure the belt once again in the future.

Jessica Andrade is currently one of the top P4P women’s fighters on the UFC roster right now.

She was a previous holder of the strawweight belt. Andrade also holds the special distinction of being the only woman in the history of the UFC to compete in three different weight classes — flyweight, bantamweight, and strawweight.

She’s also the record holder for the most fights in women’s history.

As one of the most active fighters in the UFC, Andrade has shown that she’s a very well-rounded fighter. Right now, she’s on a two-fight win streak with both bouts being finishes. Critics see her getting another title shot in the future.

When we hear the name Holly Holm, we’ll constantly be reminded of her upset knockout victory over Ronda Rousey in 2015.

It’s still the biggest upset in MMA to this day, considering how dominant of a champion Rousey was at the time.

Holm was already a decorated combat sports athlete even before her UFC career.

She started as a kickboxer in 2001 and transitioned into boxing in 2003. Her boxing records stand at 33 wins, two and three draws. Of her wins, nine came by knockout.

Thanks to her impressive striking background, Holm was able to secure 14 wins in MMA, 8 of which were by knockout.

Miesha “Cupcake” Tate is forever known as the eternal rival of Ronda Rousey. The two were bitter rivals, so their rivalry went outside the cage. However, Tate is also known for her skills in the cage.

She was even the UFC’s inaugural women’s champion.

With a record of 18 wins and seven losses, Tate could secure the belt another time after she stripped Holly Holm of it in 2016. Holm herself was coming off of her remarkable victory against Rousey.

If you’re looking for one of the most technical strikers in women’s MMA, then that has to be Joanna Jędrzejczyk. The Polish kickboxer racks up over 60 wins during her Muay Thai career. In MMA, she has a total of 16 wins.

What makes Joanna such a feared female MMA fighter is her extremely technical fighting style. The majority of her wins come by unanimous decision and in those wins, she picks apart her opponents with a flurry of kicks, punches, and knees.

As the women’s strawweight champion, she’s defended her belt 6 times.

Sadly, Joanna has decided to put down her gloves and retire after her loss to Zhang Weili in UFC 275. While retired, she’s forever going to be known as one of the best strikers in MMA.

Over at Japan, one woman seemingly dominated the MMA industry. That fighter is none other than Satoko Shinashi. She’s a submission expert that’s regarded as the best female Japanese MMA fighter in history. Most of her fights are won by submission. In her prime, she’s very impossible to beat.

Satoko temporarily retired in 2008 when she got pregnant. She came back in 2014 for a total of 5 fights, which she all won decisively. Right now, her record stands at 38 wins, 4 losses, and 2 draws.

She’s held the UFC belt twice. The first time, she won the belt after competing in a 16-woman tournament in The Ultimate Fighter.  Right now, she’s the 6th in the UFC women’s pound-for-pound rankings.

She’s often regarded as one of the top strawweights in MMA.

Zhang Weili stands strong as one of the top women’s strawweight contenders in the UFC. In her last two fights, Zhang made an impressive striking display against Joanna Jędrzejczyk who herself is one of the most feared strikers in MMA. In their last bout at UFC 275, Zhang knocked out Joanna with a spinning back fist.

Though relatively new to the UFC, Zhang currently has an impressive run in her MMA career. As of this writing, she has 22 wins, 11 by knockout, and 7 by submissions. She’s only lost 3 of her MMA fights.

Zhang’s fighting style is defined by her calm approach to striking. She’s one of the most well-conditioned MMA fighters right now and she can definitely stand and bang for 25 minutes against the fiercest strikers.

Before Ronda Rousey, there was Gina Carano. She was known as the face of women’s MMA when she was still active because of her popularity.

She was the first woman to headline a major MMA event when she fought against Cris Cyborg. In her prime, Gina was unbeatable at EliteXC and at Strikeforce for 4 years.

Her time in MMA was very short but she laid the foundation for future female fighters moving forward. She’s now enjoying life as an actress with many films and TV shows under her name such as The Mandalorian, Deadpool, and more.

Julianna Pena did the unthinkable last year by submitting Amanda Nunes during the second round of their title fight. What makes it even more impressive was the fact that Nunes was dominating the entire fight up until that point in the round.

Many of her fans argue that Julianna is finally getting the attention that she deserves after all of this time. With 11 wins and 9 finishes under her name, we agree that she deserves to be called as one of the best.

She’s scheduled to fight Nunes for her first title defense this July. If she bests Nunes a second time, Julianna will cement herself as one of the best female MMA fighters out there. 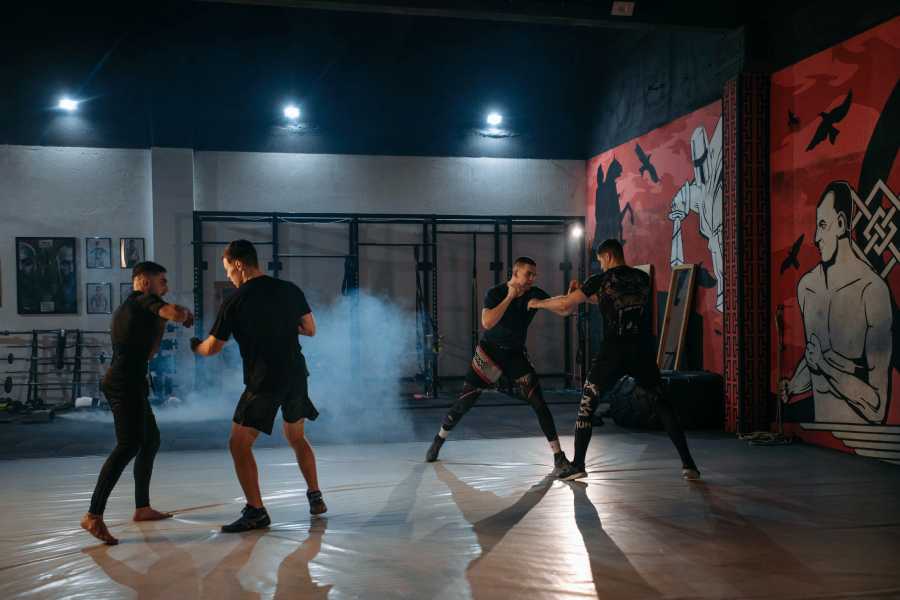 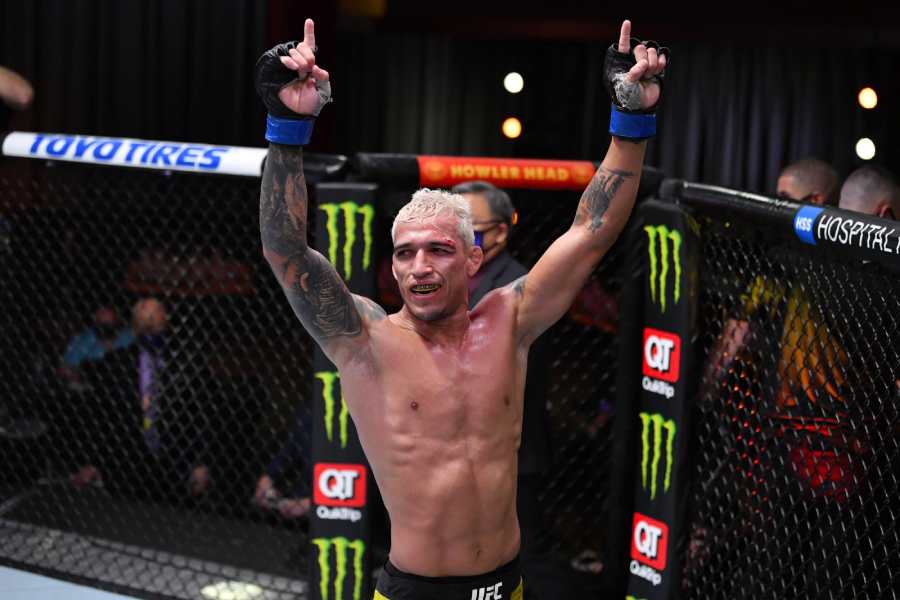