Being a white belt in Brazilian Jiu-Jitsu can be frustrating because of your lack of understanding and sometimes misplaced focus on technique. However, the internet allows you to get insight from some of the best grapplers in the world to get better as a white belt faster.

I remember my first few weeks on the mat getting crushed by people half my size, a truly humbling experience, and going home thinking I will never be good at this thing.

I was tired of not knowing where to go and looking for extra help beyond what my training partners and my instructor said. Naturally, I turned to YouTube!

I found this guy named Chewjitsu, a dynamic grappler sharing details and deep knowledge of the BJJ game. His videos helped me to understand jiu-jitsu better, and my favorite part was that he talked about technique and the mindset you need as a new white belt.

His videos helped my Jiu-Jitsu immensely, and it can probably help yours as well. Let’s take a look at Chewjitsu’s five secrets to better your Jiu-Jitsu game as a white belt faster.

This isn’t groundbreaking advice; everyone online and offline in the BJJ community will tell you that your main task as a new BJJ white belt is surviving. I remember my teacher said to me, if you’re not getting submitted every round all the time, that’s a win.

There’s nothing inherently wrong with that advice; in fact, it saved my life the first few months. But Chewy’s approach adds some color to that idea.

Surviving only for the sake of surviving won’t help you make the most out of your time on the mat as a beginner. For example, my basic strategy for weeks was let’s lock this position until the round ends—even if it was a terrible spot — by any means necessary. Grab the gi, hold on tight, and burn all my energy there.

After I would be tired, and in the next round, I would get crushed and submitted several times.

Active survival is a better approach

Instead of getting stuck in certain positions hoping to survive, I would start paying attention to my training partners’ steps to pass guard, sweep me, or submit me.

When I understood that from open guard, my opponents needed to control my legs before passing or that they needed to break my posture before a scissor sweep, surviving started to look a lot different.

I would still hold some positions due to my lack of knowledge, but gradually I was getting more difficult to sweep, and my guard retention game got a lot better. I was also not getting as tired or discouraged.

So, the best advice is to look at the positions you are in as battles and try to win the more minor battles rather than try to survive with no plan.

4. Ignore The Noise And Build Up Those Fundamentals

Back in the day, I heard that exposure to new techniques was special. You needed to travel or train with someone that traveled to get your hands into new exotic techniques.

That’s no the case anymore. In the what’s app group from my gym every week, they would share the next crazy guard or fancy flying armbar that will dazzle everyone in the next tournament.

On top of that, some upper belts saw the potential I had to be great at specific advanced techniques they worked on and tried to teach me. Their intentions were good, but at the time, that was a waste of my time, and I made little to no progress doing that.

I’m a big guy with long legs; someone told me I should be the master of the spider guard when I didn’t even know how to do a hip bump sweep. Crazy right? The next thing I did was research what spider guard was all about and tried to include it in my game, which to that point was almost non-existent.

Naturally, every time I tried the next class to use a poorly executed spider guard, I would get my guard passed and end up in a terrible position for the whole round.

Focusing on fancy techniques that are beyond your level at the beginning over fundamentals like shrimping, guard retention, and basic sweeps is a waste of time in my experience.

Chewjitu says it perfectly. No one will go to a tournament and say how incredible your frames are. But those basic movements are essential to growing in BJJ. Why spend your time learning things that are useless for you at the moment when you can learn those fundamentals that will help you get better as a white belt faster?

3. Keep Training And The Aha Moment Will Come

I remember how frustrated I was around five or six months into my BJJ training. I was putting in the mat hours, never missing practice, and working on my jiu-jitsu on my resting days too.

Yet, I was making no significant progress; to be honest, I felt dumb most of the time on the mat. I couldn’t believe I wasn’t able to make basic techniques work by now. I was patient because of my lack of grappling experience before BJJ. I knew only striking.

But one thing is not trying and suck at something and another to give the best you can for months and still feeling you’re not going anywhere. I was frustrated with myself and my lack of progress.

I was probably not resting enough because I ended up getting a knee injury that kept me off the mats for almost two months.

During that time, I focused 100% on my recovery, and I also decided to reactivate my dating life and spend more time with friends. I was so relaxed after my forced break, and when I came back to the mat, that was it.

It was like if my body put all the techniques from the past months together, I was landing sweeps, making decent transitions between positions, and even got in a few Americana submissions from the full mount while rolling with people on my level.

It was like a dream, and I felt all my effort was finally paying off.

Chewjitsu says that if you surrender to the experience and keep practicing, eventually, you get that aha moment on the mat. He’s right, and it just takes time.

There’s no way to force it; you need to be patient and take advantage of your given mat time; the most challenging part of your BJJ journey won’t be getting submitted. It will be developing your understanding of the game and putting all the pieces together.

2. Learn Exactly Where To Relax and Breath

When you start doing BJJ, it won’t take you a long time to realize that if you don’t breathe correctly is crazy easy to gas out. In the early days of my training, I wasn’t efficient while defending. I would fight everything like if I were in a Muay Thai sparring session with explosive, high-paced energy. I was so wrong.

If your body cannot get any air, your performance will decline fast, and you will tire quickly and lose control of the match. Instead of using your energy to defend, you will use it to recover and survive; this is the worst-case scenario.

Sometimes even in the wrong spot, you need to stop, breathe, and act. Chewy says it well in that video. If you don’t stop to catch your breath in a particular position, you will miss what’s going on around you.

Sometimes breathing in BJJ isn’t about your physical performance but the mental clarity you can gain from it. Suddenly that space you can use for an elbow scape present itself, or that submission opportunity becomes evident.

Next time you jump on the mats, give it a try. The minute the action stops, either after you pass the guard or get stuck in a horrible position, pause for a second, take a deep breath, and look around you.

As Chewy suggests, don’t just hold your breath and do nothing. That won’t make you a better white belt faster.  You’ll be surprised by what you see and the mental clarity you can gain from it. Efficient grapplers roll, breathing in an almost meditative state.

It would be best if you always tried to breathe through your nose and exhale through your mouth, according to Chewys advice. However, I also found success in some instances breathing only through my nose.

1. Know Less To Use More To Get Better As A White Belt Faster

Once I started to get better as a white belt at an accelerated rate, I fell into the technique overload trap. Once I began to get more to mount position, I would obsess with it and consume as much technique content as possible.

I would spend hours scrolling on Instagram checking technique breakdowns. One time I remember I tried some guard passes I saw online, and I ended up getting choke several times because I was missing key details that I couldn’t see in a YouTube video.

There was a moment that I just got confused with the limitless options and variations of guards, sweeps, and submissions available in the positions I was discovering each week. I had no idea where to go from there and what to do with all that excitement I had to keep growing my BJJ game.

Then it came Chewy’s advice from his time as a wrestler. So simple yet so helpful.

I remember I was landing triangles from the closed guard and my hip bump sweep was effective. Instead of getting lost in the BJJ technique rabbit hole, I decided to laser focus on sharpening those two tools I had that were already working.

I discovered more and more details that made my triangles better and tighter. I found more setups and sequences that completed my sweep.

I was operating within a limited set of techniques for a while, but the more I added to those basic movements, the more efficient they got and the more comfortable I felt on the mats with other white belts.

You might have fewer weapons than other people but make sure that what you have is sharper and available as needed. When you find something that works, stick to it and develop it until someone stops you; at that point and at that point only, it’s time to move on and try to acquire new techniques that help you grow faster as a white belt.

Final Thoughts On Getting Better As A White Belt Faster

These are Chewy’s best tips for beginners. Are they bad for advanced white belts? No. Remember, The basics are what everyone must master in order to get better at BJJ, it’s the foundation of your game and the base of everything you know.

As time goes by, you will have more opportunities to learn more techniques and use a variety of strategies to come up with your own style. It’s pretty much impossible to have an efficient BJJ game if you don’t master the fundamental movements.

But, as a white belt, you need to make sure that all your efforts go in the right direction. Keep your fundamentals sharp and get familiar with positions that are easy for you, instead of going for the flashy moves.

Focus on taking advantage of what is already working, and don’t waste too much time on it in order to be ready when a new opportunity shows up. 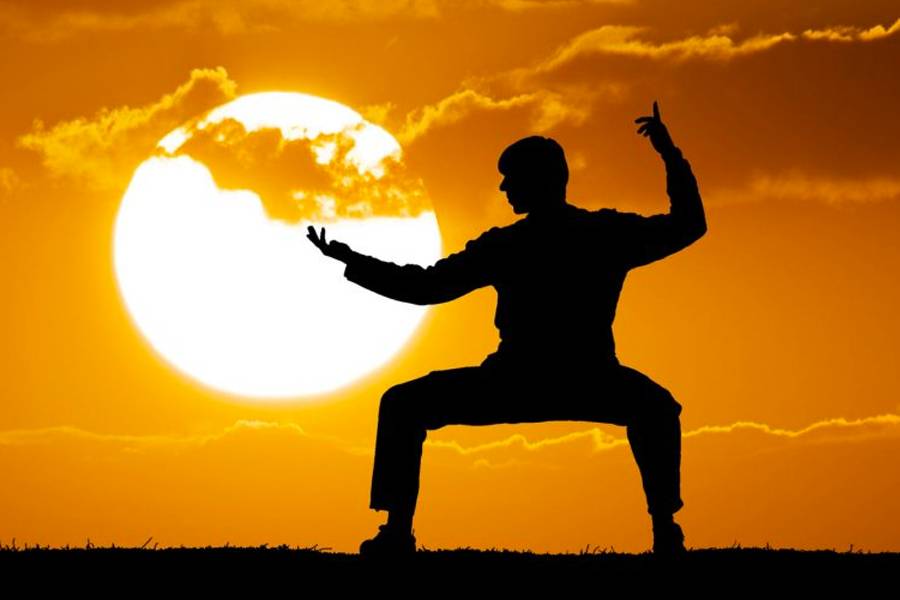 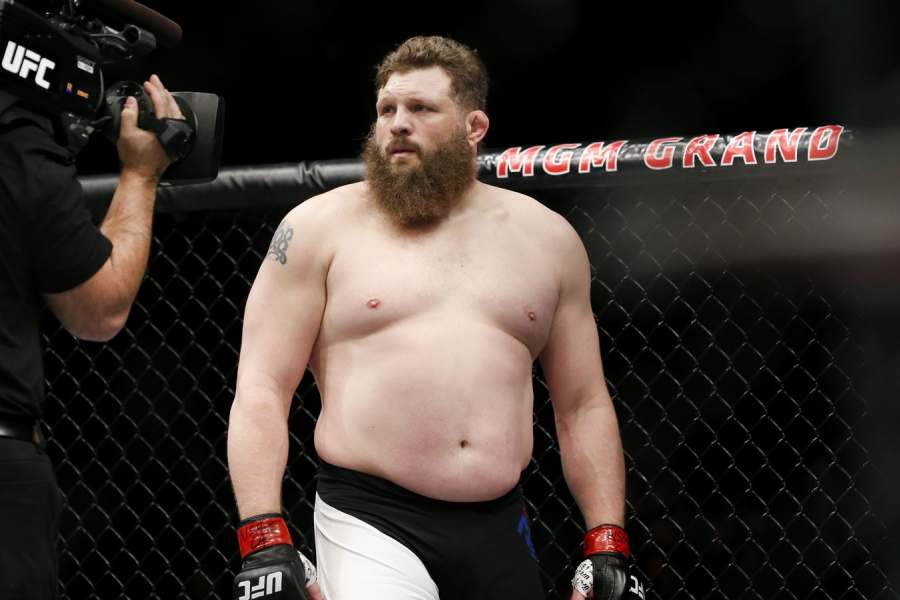 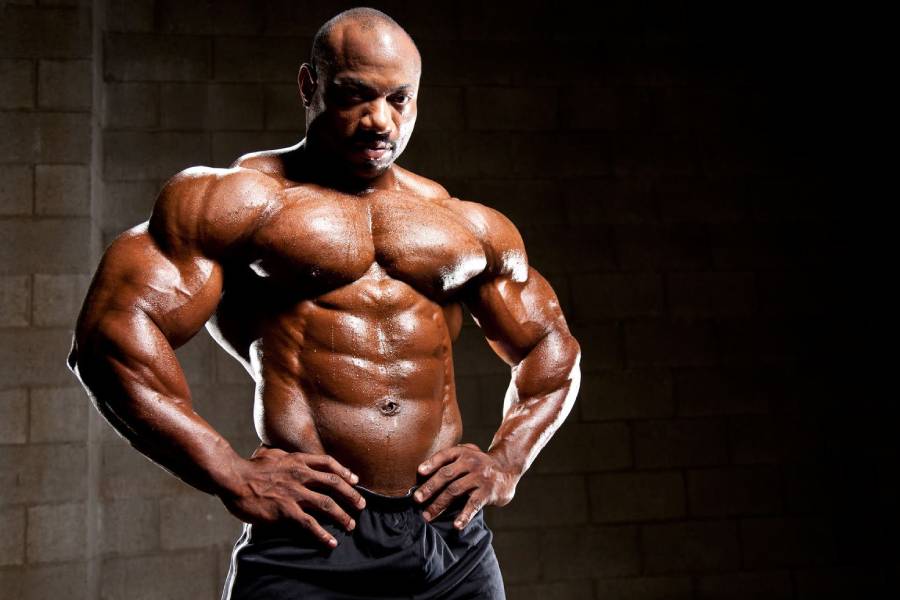 Best Martial Arts For A Bodybuilder To Cross Train