In the martial arts community, many practitioners started to train their disciplines to learn how to defend themselves.

The grappling community is no exception to this. Judo and BJJ were initially meant to allow us to defend ourselves and ensure that a trained individual’s strength and size disadvantage wouldn’t be an issue.

Judo and Brazilian Jiu-Jitsu are both interesting arts for self-defense, with both their strengths and weaknesses for a street situation, and it seems like it is time to dive into the details. So, Judo or BJJ for street fights?

Judo is a Japanese Modern Martial art derived from JuJutsu and an Olympic sport since 1960.

The name “Judo” translates to “The Gentle Art” and summarizes the art itself and how it works.

The objective of Judo is to break the opponent’s balance, throw him, and then immobilize him with a pin to apply a choke or a joint lock then.

This art is praised in the eyes of the self-defense community thanks to the way it applies technique and fundamental principles to allow the smaller and weaker individual to throw a stronger opponent with ease.

Applying pressure to keep the pins and open up for a submission attempt is another focus of this art, which allows it to be an excellent option for self-defense in a one-on-one situation.

Learn How to win in a street fight 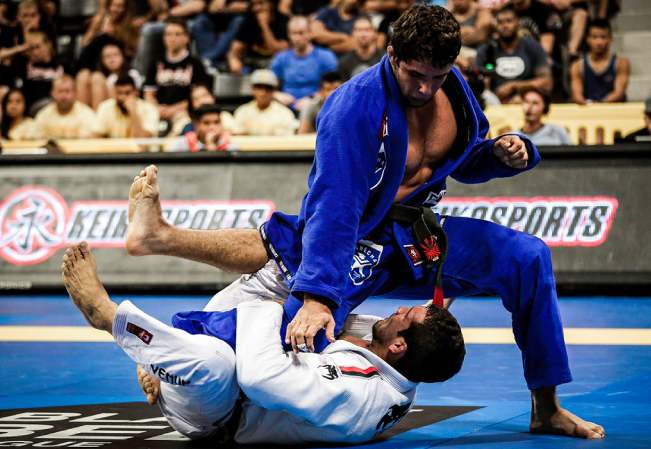 Brazilian Jiu-Jitsu is a grappling martial art derived from Judo, one of the main reasons both are considered viable self-defense options.

BJJ itself was born around 1920, when the Brazilian Brothers, Carlos, Oswaldo, Gastão Jr., George, and Hélio Gracie, adapted and evolved the Judo techniques that Carlos learned from traveling Judoka Mitsuyo Maeda.

They combined the techniques from Judo with their own movements to create a more diverse art with fewer limitations.

The core concept in BJJ is that a smaller and weaker person can successfully defend against a bigger and stronger opponent.

Brazilian Jiu-Jitsu practitioners use leverage and weight distribution to take the fight to the ground. Once the opponent is on the mat, they’re vulnerable to multiple holds and submissions.

Jiu-Jitsu gained mainstream popularity thanks to the UFC. Royler Gracie proved, from UFC 1 to UFC 4, that strength and size could be defeated by a smaller opponent who practiced this art.

The Core Differences Between Judo And BJJ In A Street Fight

Judo and BJJ have similarities, but they also differ significantly in some ways. Let’s dive into their strengths and weaknesses.

Both martial arts share concepts, and because BJJ comes from Judo, we will start by dissecting Judo first.

Is Judo Good For Self Defense?

Judo is known mainly for its throws, which is one of the most powerful attributes of this martial art.

However, Judo allows only a specific set of techniques in practice and competition. Therefore, some movements that might be helpful in a street fight are forbidden.

For example, a Judo competitor will be disqualified for grabbing under the belt to throw an opponent, which will also be unlikely to happen in regular practice during class.

On the ground, Judo focuses on the Pin, even over a joint lock or choke, and the submission list is relatively small. The focus is on a few moves that are only available with the opponent’s Gi—The uniform you won’t have available in a street fight.

Is BJJ Good For Self Defense?

Jiu-Jitsu borrows techniques from Judo, Wrestling, Sambo, and other arts to fill in the holes that other grappling arts usually have.

Thanks to this, it not only has more techniques than any other grappling art, but practitioners keep creating variants of known techniques and increasing the move-set as often as possible, giving you more options for self-defense.

As shown in the first UFC events, the art was made to blend with strikes to be an efficient self-defense tool. Also, it can be used to neutralize an opponent without them if necessary.

When To Use Judo In Street Fights?

Judo is an excellent tool if you are proficient in it. Not only are Judo throws a great weapon to have under your sleeve. But, the little details you develop and learn, like breaking the opponent’s balance, could help you deescalate a potentially violent situation.

A Judoka learns to detect weaknesses in the opponent’s footing, which can be exploited to throw or takedown.

Judo is quite a tool to break out of a conflict or fight when necessary.

Another advantage is that Judo is helpful in limited spaces once the opponent gets closer to you.

We are not encouraging throwing an attacker into a table at your local bar, but we are just pointing out the possibility of using the furniture to your advantage. Above everything, the key to self-defense is de-escalation and conflict avoidance.

When To Use BJJ In Street Fights?

BJJ is a multi-tool for street fights. With Judo and wrestling takedowns at your disposal, taking the fight to the ground should not be problematic. Once the fight hits the ground, you are set up to control the situation.

But, be careful. We don’t recommend that your first option should be taking the fight to the ground on the streets. Going to the ground might be a good option in a one-on-one scenario. However, this rarely occurs anymore.

Being a jiu-jitsu practitioner, and having an opponent who doesn’t know how to fight on the ground, is like throwing the person into a shark tank, and you are the hungry shark here.

Positional control, pressure, and submissions should be easy, and if you blend in some “ground & pound” into the mix, we will be sorry for the poor soul who decided to jump you.

The Risks Of Grappling In A Street Fight

There is one detail that has to be noted for any grappling art when it comes to self-defense, and it is a pretty simple one:

Grappling arts work great in one-on-one combat, and they excel at it. But they are far from adequate against multiple combatants.

The problem is that an outnumbered fighter will have a disadvantage defending from multiple attackers while holding or trying to submit one of them.

Do not expect a group to let you finish that choke on the ground and then jump in one by one, so you can have a “Shark Tank” drill going on, like any other day in class.

Any situation in which you are outnumbered is terrible news. If you only rely on grappling, it would be better to avoid confronting the group.

The other situation that could complicate the matter would be closing in the distance, which could be difficult when the opponent has more range.

On this, we not only refer to someone who keeps the distance by kicking or that has a weapon like a baseball bat or a stick. But those who are taller or have longer limbs.

Most of the grappling takedown defenses create space between the fighters. So, if you shoot for the legs and the opponent shoves you away with long arms and spreads his legs back, you’ll have a bad time.

Throw defense is not too complicated, and people aware of grappling learn to defend the takedown even if they do not intend to train ground fighting.

Which Is Better For Self-Defense?

The obvious pick and the better choice for anyone looking into the self-defense department is Brazilian Jiu-Jitsu.

Jiu-Jitsu mixes techniques from Judo, wrestling, sambo, and its own array of techniques, positional control, and submissions. BJJ excels over any other grappling option.

Another detail is that Judo is practiced mostly with a Judo-Gi, and you can only compete wearing one.

However, Jiu-Jitsu has two variants, Gi and No-Gi Jiu-Jitsu. No-Gi Jiu-Jitsu is a variant that translates directly to self-defense and MMA situations. There is no uniform to hold on to, allowing for a lot more movement, like an actual street-fight situation.

It doesn’t matter which one of the two arts you decide to learn to protect yourself better.

As long as you enjoy the discipline and put your time into the mats, you will likely develop a reliable tool to keep yourself ready for anything that happens.

If you enjoyed the article and know somebody who is looking into martial arts as a method to protect themselves, share our link and let them know that there are at least two excellent options in the grappling department for them to consider. 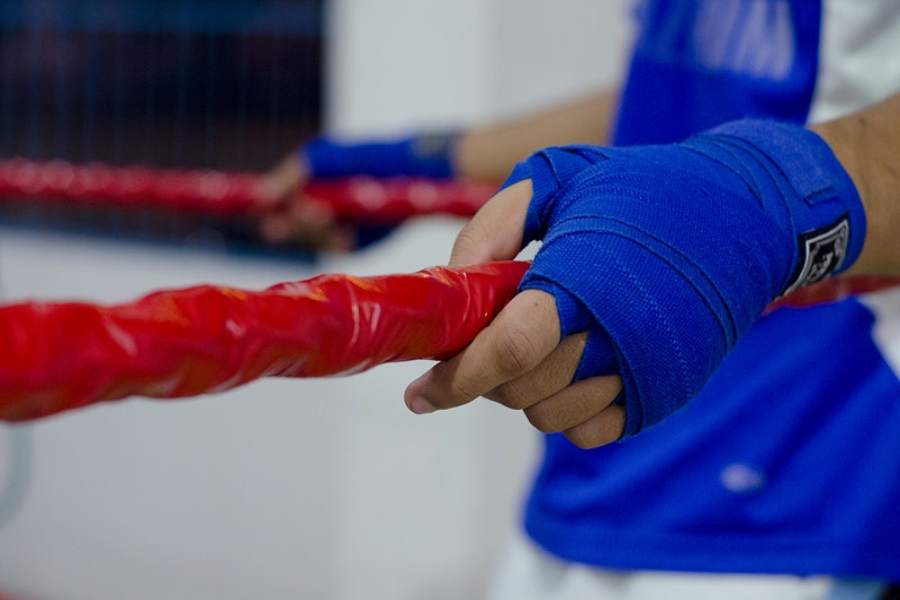 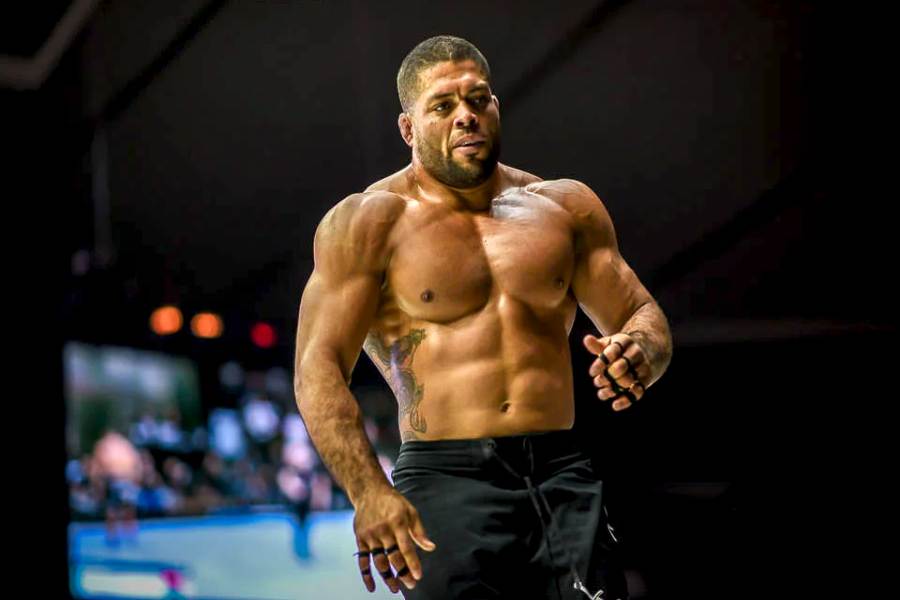 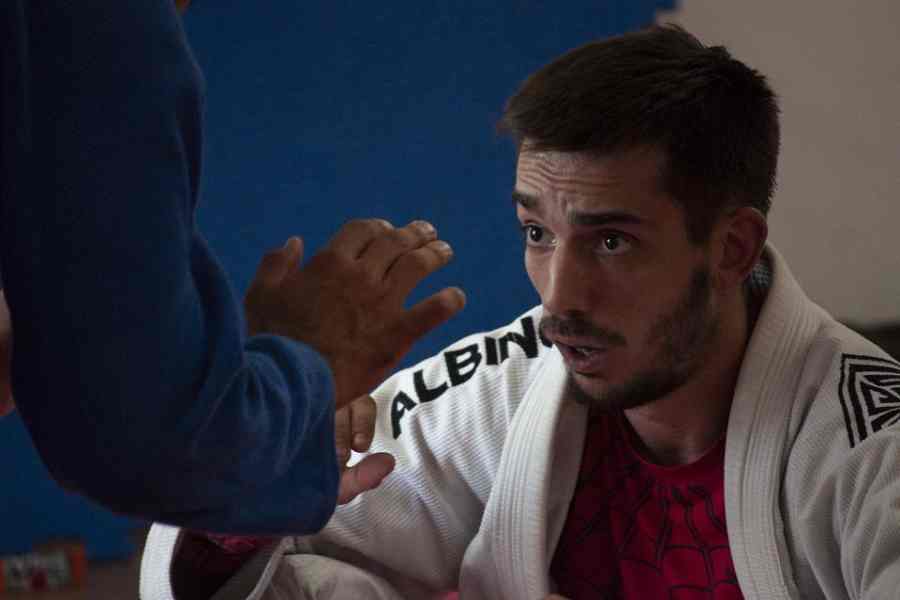